At Creative Café, we can exchange our opinions with people in Yamagata City of Film without concerning the differences in age, sex, and nationality. 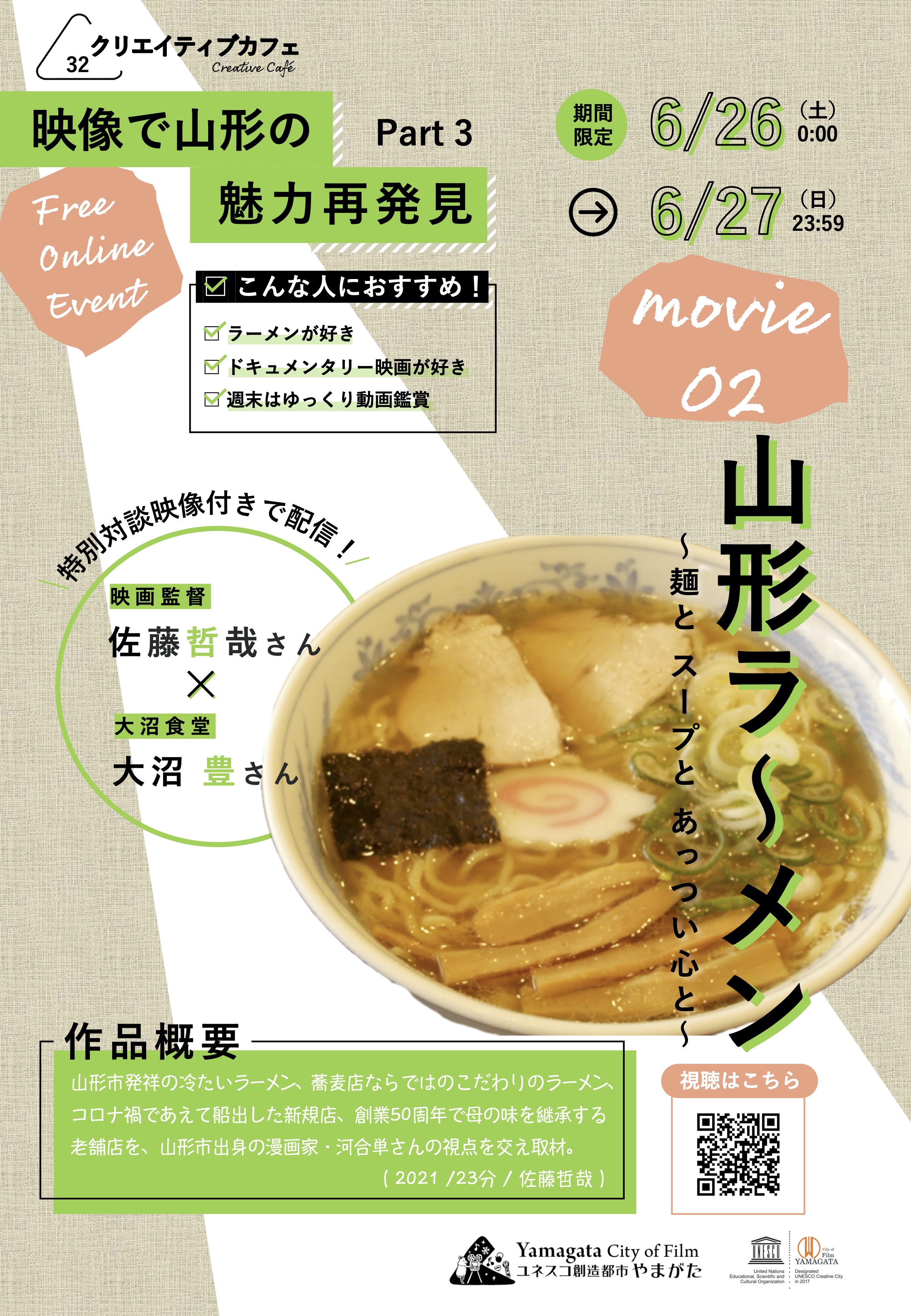 The “Creative Café” is a local creative project of the Yamagata City of Film. It holds talk events and workshops on film and various cultural themes in a cozy atmosphere. The project aims to review the city’s culture, provide opportunities to consider the role of culture, and develop local communities by utilizing the power of creativity. Since 2020, the event has also been distributed online, attracting participants from a wide range of age groups.

* This is a FREE online screening event.

* We would like to ask you to answer the one-minute questionnaire after watching the film.  The result will be utilized for the future activity of the Yamagata City of Film. Your cooperation would be highly appreciated.