An apprentice geisha, the maiko is an icon of traditional performing arts and Japanese restaurant culture, so-called ryo-tei, of Yamagata City. The film “Yamagata Maiko” carries passions and charms of people in Yamagata to hand the traditions down for future generations.

Jury’s Comment: “Through Yamagata Maiko, the film conveys the little-known tradition and culture of Yamagata City, the castle town. It is evident that the director carefully conducted interviews, and the collection of footage carries the passion of people around the maiko. The documentary draws out the charms of the characters, and it makes the audience want to see the undiscovered attractions of Yamagata Maiko.” 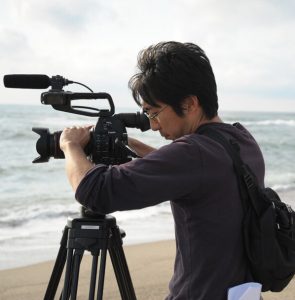 Born in 1977 in Tendo City, Yamagata, Japan. In 1998, his short film “Tanago-Biyori” won the Gold Prize at the 20th Tokyo Video Festival (Sponsored by JVC). He directed “Hidden Youth of Teppei-Kun” (06) and the web drama “Machi no Hikari ကျေးဇူးဘဲ (Thank you in Burmese)” (20), starring SHOJI Mei (TOKYO GIRL’S STYLE). He was the cinematographer for the documentary films “A Voiceless Cry” (Dir: HARAMURA Masaki/ 2016), “Silent Revolution” (Dir: WATANABE Satoshi/ 2017), and “YUKIGUNI” (Dir: WATANABE Satoshi/ 2018). His documentary film “The World’s ‘Top’ Theater” (17), narrated by OHSUGI Ren, was first shown at the Yamagata International Documentary Film Festival 2017 and is now playing at the theaters in Japan.