Due to the spread of new coronavirus, various cultural events have had to be canceled or postponed. Starting from 1985, “Donno Tea Ceremony” in Yamagata City, which is one of the three major tea ceremonies in Japan, attracts many fans from all over the country every June. However, unfortunately, it has been canceled for virus prevention.

Therefore, we held an online first showing of “Yamagata Tea Ceremony – Once in a Lifetime Encounters” (2020 / 24 min / Dir: SATO Koichi) on the date (20 and 21 June) which “Donno Tea Ceremony” was to be held. It is the latest work from the Yamagata City of Film’s creative project “Yamagata Renaissance Project.” The project produces a series of films that will introduce the appeal of Yamagata’s traditional culture through new and contemporary eyes and offer young local film talent a chance to hone their skills. 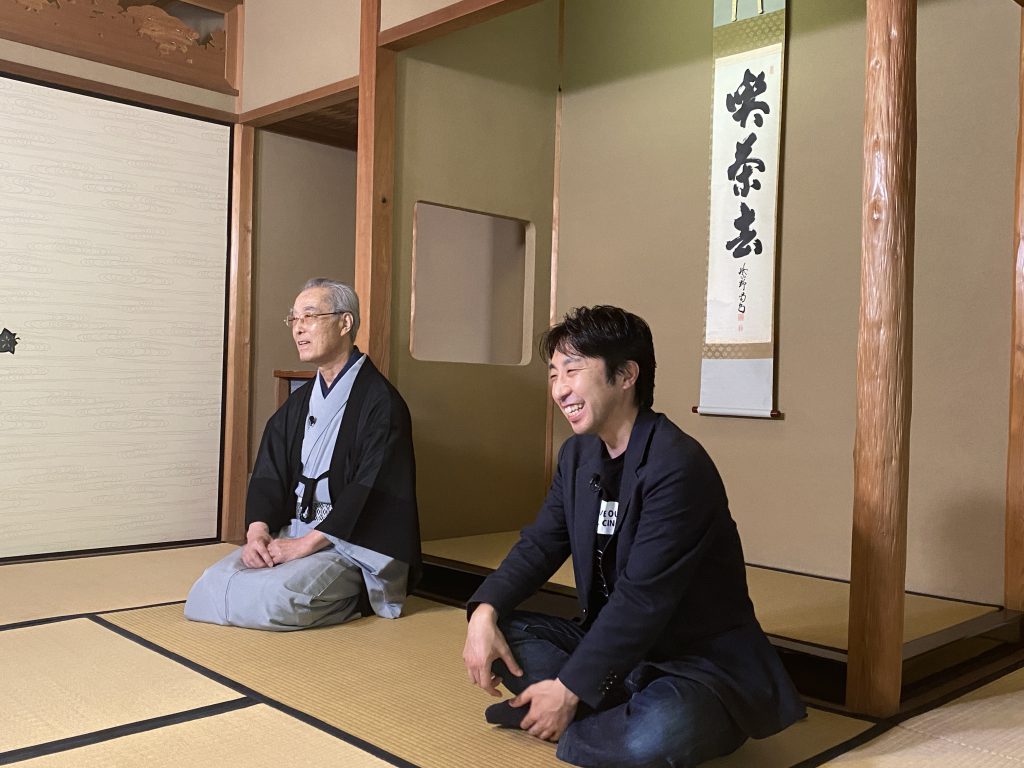 As bonus footage, we had a talk session with Mr. SATO, the director, and Mr. SHIGA Soshu, the distinguished tea master of Urasenke school of tea ceremony. *The bonus footage was provided in Japanese only.

Mr. SATO said “Through the film, I wish the audience will feel the beauty and simpleness of tea ceremony. It is a unique culture of Yamagata, but sometimes it is difficult to acknowledge its existence in our daily life. I hope the film will be an opportunity for people to experience cultures like tea.”

Mr. SHIGA said “Tea is not difficult. The various manner and movements of the tea ceremony are just doing what is supposed to be done. I think the tea culture will become more familiar if people become aware of ordinary everyday life through tea ceremony.

Thank you for those who participated in our online first showing!

We will continue to screen the film “Yamagat Tea Ceremony” along with the bonus footage.