There are two types of Creative Café:

The most interesting part of this project is that the council staffs take each turn to organize the event  so that every events are unique and different! 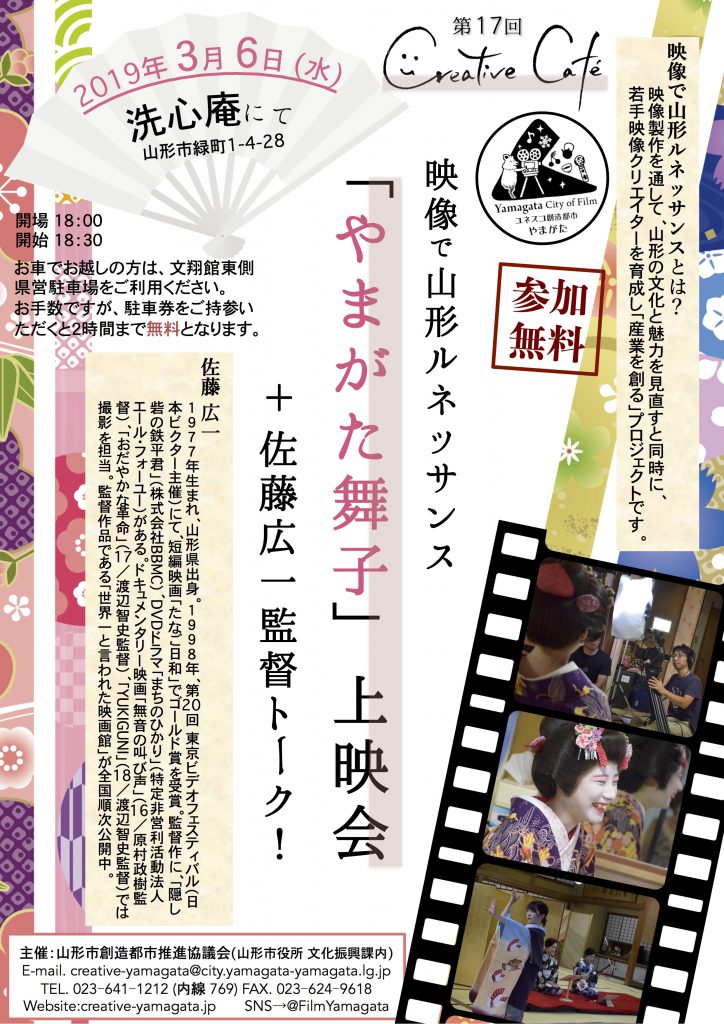 Yamagata Renaissance Project is an initiative to produce a series of films that will introduce the appeal of Yamagata’s traditional crafts through new and contemporary eyes and offer young local film talent a chance to hone their skills. In 2018, we have produced a short film spotlighting Yamagata’s traditional culture “Yamagata Maiko (apprentice geisha)”. For this time, we will hold the screening event inviting the director, Mr. Koichi Sato, to talk about the behind the scenes.

Mr. Koichi Sato was born in 1977 in Tendo city, Yamagata, Japan. He is a filmmaker who has set his heart on presenting Yamagata to the world through cinema. He won a scholarship at the 2005 edition of the Yamagata International Movie Festival and shot “Hidden Youth of Teppei-kun” entirely in the prefecture. For the Yamagata Renaissance Project 2016, he was cameraman for “Yamagata Iron Casting” and helmed “Yamagata Forged Blades” as director. In 2017, he directed the documentary film titled “The World’s ‘Top’ Theater”.