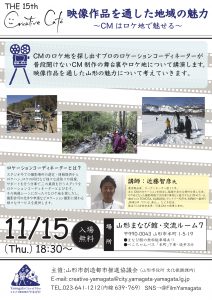 At the beginnig, we screened the short videos made by Yamagata Artists-in-Residence filmmakers. They stayed at Zao resort for four weeks to concentrate on their development for their film work.  The participants were watching them very happily and told “It made me proud of Yamagata”.

*These videos will be uploaded very soon! 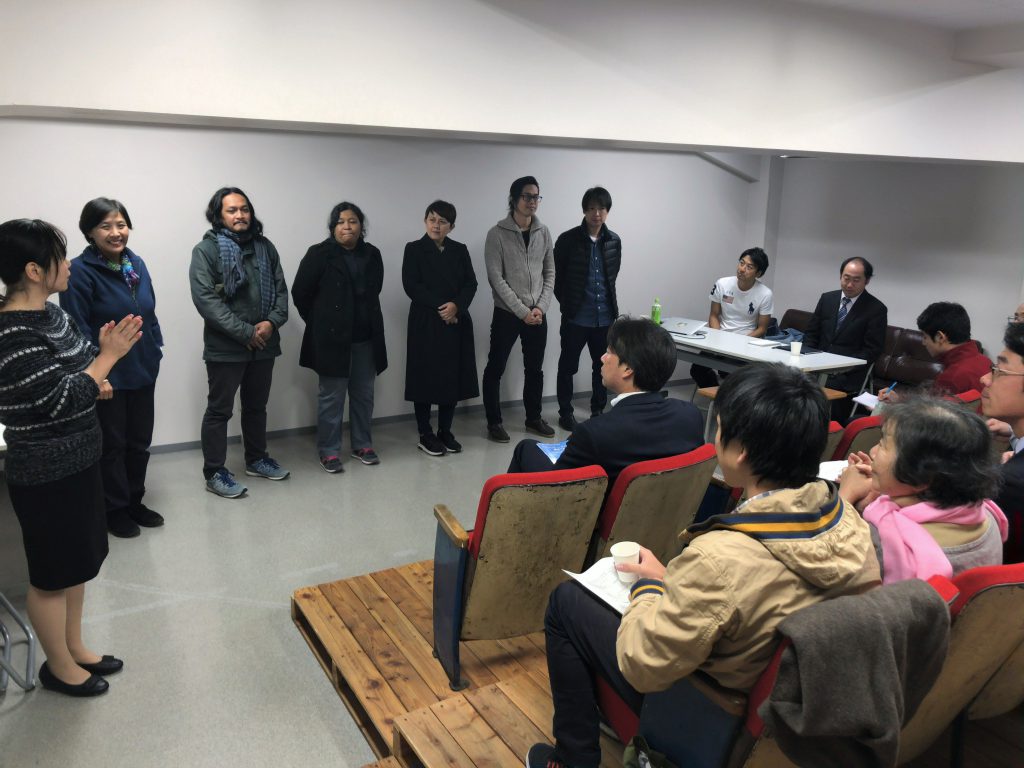 《Filmmakers from Indonesia and Malaysia》

For this time, Mr. Y, the experienced film commissioner of Yamagata City, took a turn to organize the event. 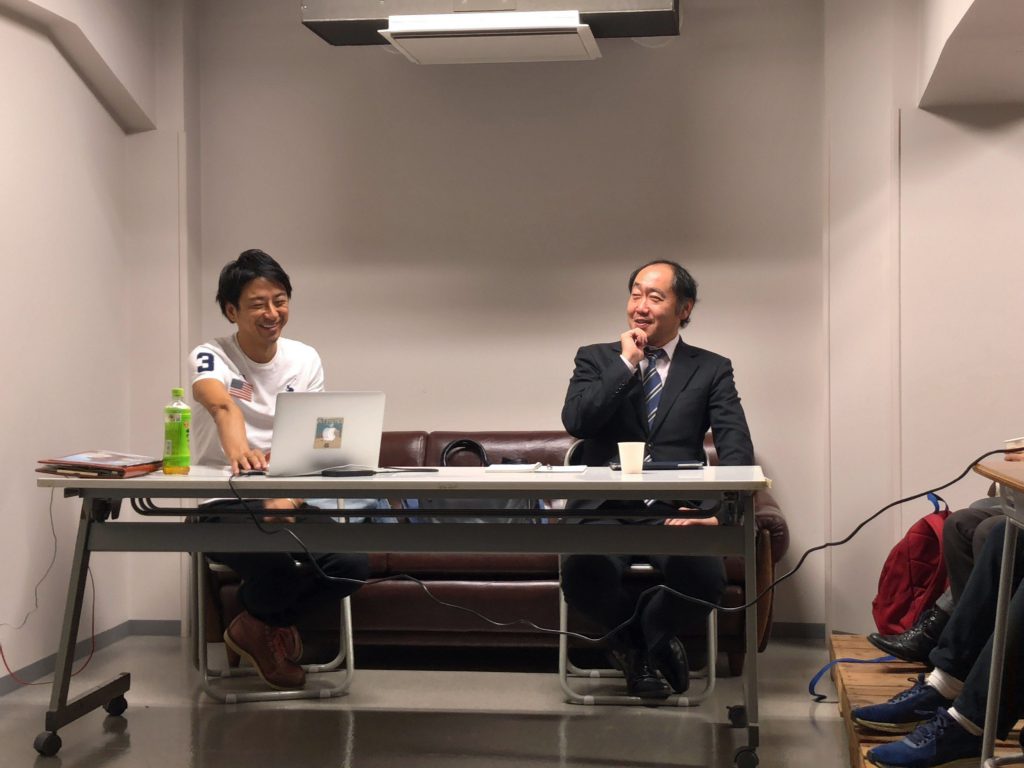 Who is location coordinator?

The location coordinator is a member of the film crew responsible for finding and securing locations to be used, obtaining all fire, police and other governmental permits, and coordinating the logistics for the production to complete its work.

He introduced about commercial films shot within Yamagata prefecture, shared how to search for filming location and its actual process, and talked about those backstages. The participants were amazed by his experience and getting deeper understandings of Yamagata as a film location. 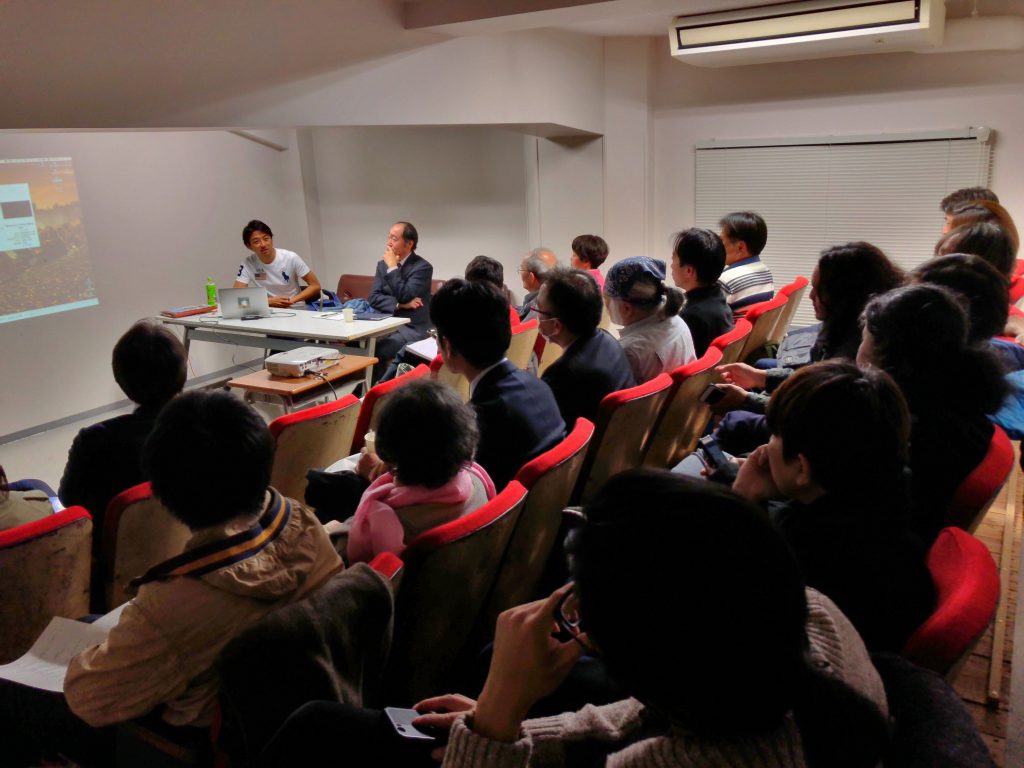 Mr. Kondo is a real professional who is trusted by film commissioners all around Japan. He has completed so many films and it is becuase his talent to find a location, negotiate, and manage the filming is at the top of Japan. His presentation was full of ideas to reconsider what filming location is, how attractive Yamagata is, and how to smoothly do our job.
I wish, one day, I will bring him to Yamagata for his film shooting and will be able to watch the film at this Creative Café along with his explanation.

Thank you everyone for your participation!

We hope to see you again at the next Creative Café 😊