> An Invitation (Created by Malaysian Team)

An Invitation (Created by Malaysian Team)

The Malaysian team is developing their film project titled “The Love of Tapang Tree”.

“In Yamagata, we have learnt that any place can be used for screenings if we have passion for film. We will bring back this experience to Malaysia and try to screen our films.”

THE LOVE OF TAPANG TREE

With her days numbered, Madam Wong decides to unveil her deepest secret to her son – her early life as a wife of the commander in chief of a guerrilla force during the British colonial era in Borneo, Sarawak. A story of love at times of war. 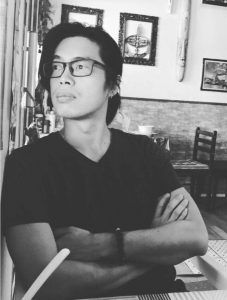 Born and bred on Borneo Island, Nova Goh went to Taiwan in 1999 to study Visual Communication at National Taiwan University of Arts. During his stay in Taiwan as a foreign student, he was influenced by the promising growth of the indie-movie scene and started to become involved in various short-film-making projects. In 2008, he went back to Borneo to begin _The Red Rain on the Equator_, his first feature-length documentary.

Aside from _The Love of Tapang Tree_, he is currently working on several documentary projects including _The Claims_, _The Last Ring Ladies_.

2002: Living in the Unfathomable Death of a Heart (short film) 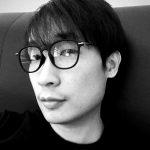 Ryan Ong is an aspiring writer based in Borneo. He primarily focuses on film script writing and short stories. He collaborates with Nova Goh on The Last Ring Ladies, a co-production with NHK, KBS and The Love of Tapang Tree. 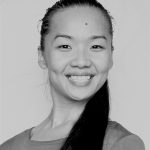 Tang Sook Kuan was born in Seremban and graduated from University Malaysia Sabah (UMS) with a Master Degree of Arts (Creative Arts) in 2012. She embarked on her journey as an independent dance artist and choreographer in 2016. Previously, she was a dance lecturer at the School of Arts, UMS for eight years (2006-2013), and committed to the dance industry as a choreographer and a full-time dance artist in Borneo Dance Theatre (BDT) for 3 years from 2014-2016.

The love of nature and deep engagement of ritual/shamanic dance movements/practices in Sabah has given her impetus and motivation to pursue her passion in dance and movement. In 2016, she established T’ang Dance Projects to produce her very first full-length contemporary dance production _SyZyGy_ in Sabah. Currently based in Singapore, she continues to pursue her passion in dance/movement choreography as an independent dance artist and envisions to stimulate inspirations through mimicry of life and nature in dance/movements creation.

As a choreographer, her work was awarded the Overall Champion and Outstanding Award in the 3rd and the 6th Malaysia National Chinese Cultural Dance Open Competition in 2010 and 2016 respectively. She was acknowledged as one of the 10 best choreographers in Sabah by National Department for Culture & Arts (Sabah, Malaysia) in 2016. In 2017, her solo _DaPang Tree_ was shortlisted as finalist for the 2nd Solo & Duo Challenge for MASDANZA in Korea.

An Interview with Nova Goh (Director)

The Beautiful Dream of Revolution