On June 23rd, the 1st Yamagata Film School for Citizens was held

“Nostalgic Yamagata and Cinema Street” was the title of this event, and they screened 2 films:
“Yamagata Newsreels No.1, No.2”
“Letters from Four Seasons”

The event was held at Ikubundo Books where it was remodeled from book store to culture salon this year. 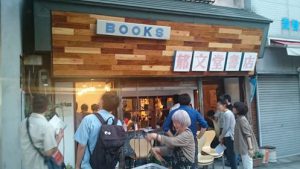 “Watching the nostalgic films of Yamagata City made in Showa period

at a nostalgic place built in Showa period” 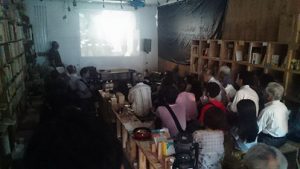 From young generations to the elderly, the participants were a time-traveler in the Yamagata City of a 50 years ago.

The discussion was the most fun part of this event that it was very interesting to hear the opinion of those who has built Yamagata City and those who will build Yamagata City.

The 2nd Yamagata Film School for Citizens is coming soon!