> Information > 【YIDFF2017】On the Road to a Creative City of Film

【YIDFF2017】On the Road to a Creative City of Film

“On the Road to a Creative City of Film”

and “Living with Film TUAD Now – A Graduate’s View”

Directors: MATSUMOTO Tatsuki and other students 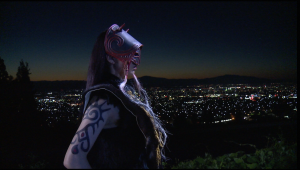 The Goddess of Zao who awakened from a slumber from the Jomon period, and the mysterious baron who keeps the key of time at Bunshokan, leaps over modern times into Yamagata’s future and battles for the dominance… This work was produced through a collaborative effort of third-year film students. The film ends with Yamagata’s Mayor conveying a powerful message regarding Yamagata’s participation in the Creative City of Film. 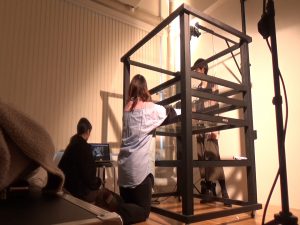 A film by ITO Kengo, a graduate of the Tohoku University of Art and Design, about three female film students at the same college. The three step closer to their vision of their future selves through making films at school. Director ITO captures their feelings of conflict, uncertainty, and hope for the future. The students’ own films are also shown in this film.

Q&A after the screening in the museum cafe, enjoying tea poured from Yamagata cast iron

OKABE Nobuyuki (Vice Director of the Yamagata Museum of Art) 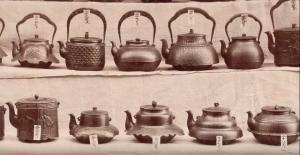 Why is it that the culture and production of iron castings spouted in Yamagata about 900 years ago, a place that was not a producing are for iron? The techniques and products carried down form the distant past are highly acclaimed abroad, and the younger generation has now begun to take note. We can see an old, yet new lifestyle that uses iron cast-products in daily life, down several generations. The footage was filmed at the iron casting factory in Yamagata’s Domachi, and other places. 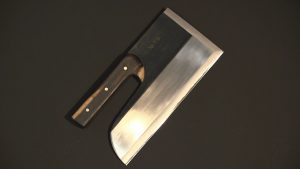 The three necessities — clothing, food, and shelter — all originally made by forged blades. Forged blades in Yamagata can be traced back to 1300 A.D. From kitchen knives that support our cooking and food culture, to scythes and pruning scissors indispensable for agricultural work, forged blades might be in the background, but they are vital to our daily lives. This film showcases Yamagata’s unique technique — which fuses together soft iron and tempered hard iron —, the manufacturing locations, and the people who inherited the techniques.