The “Yamagata Film School for Citizens × Outdoor Cinema 2020” was held on 4 and 5 September at the Yamagata Manabikan and the courtyard of Yamagata Municipal Daiichi Elementary School.

Yamagata City was designated to the UNESCO Creative City Network in the field of Film in 2017. The city has been promoting “creative city” by implementing projects that utilize the power of film and creativity. The “Yamagata Film School for Citizens x Outdoor Cinema” is a local creative project to enable citizens to have a new cinema experience applying the new normal. The outdoor cinema was also a great occasion to have a good time with their family. 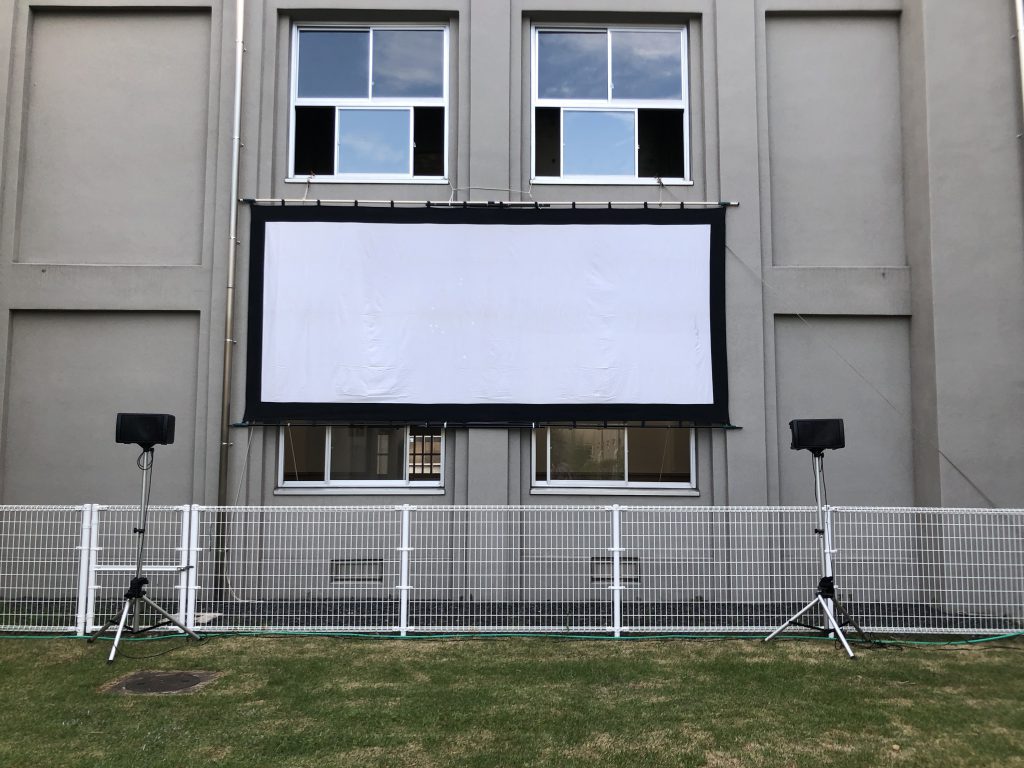 We hung the projection screen of about five meters in width and two meters in length from the second floor of Yamagata Manabikan. 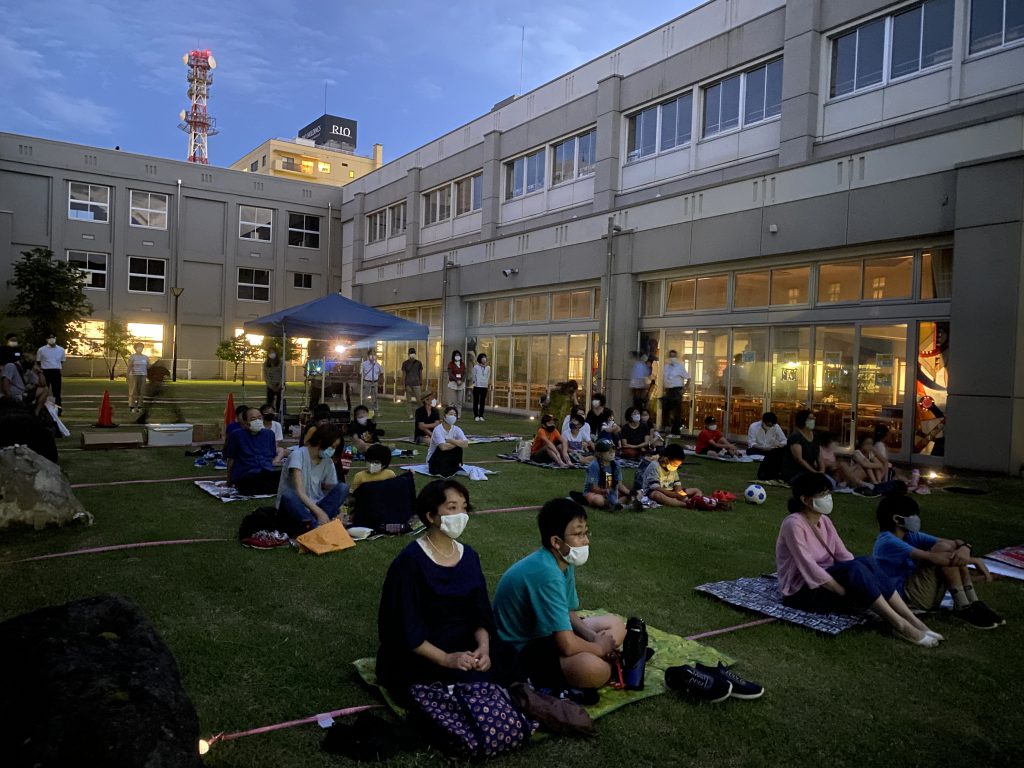 Screening venue. To prevent the infection of COVID-19, participants all wore masks and keep social distancing. 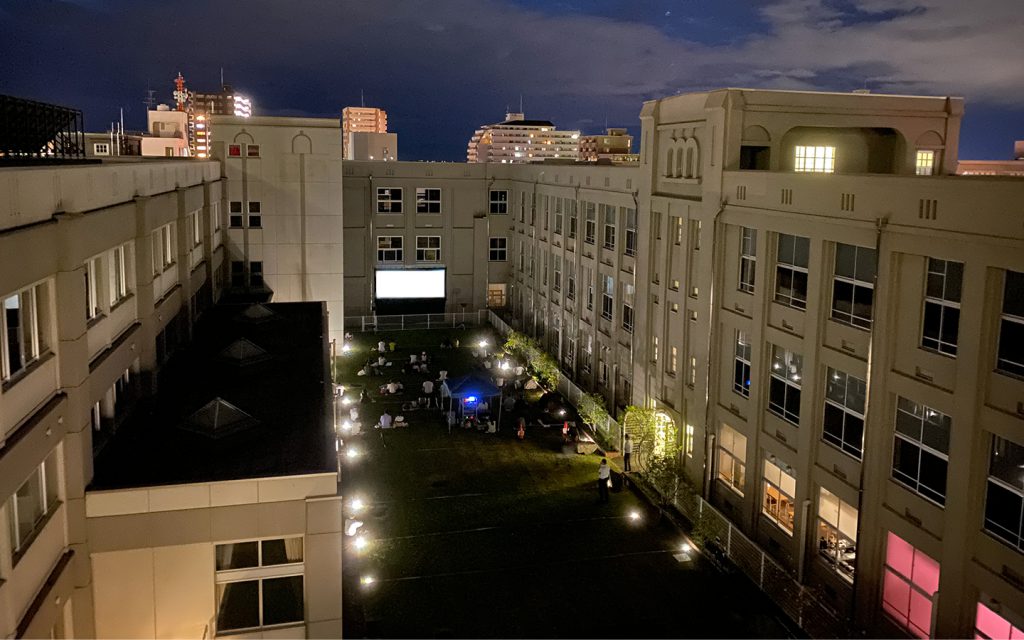 Due to the typhoon, heavy rain shook in the morning on the 4th, and we were almost to give up the outdoor cinema; however, the weather miraculously recovered in the afternoon. On 5th, even though heavy rain was confirmed locally and drizzled just before the screening, the clouds gradually cleared up. The participants enjoyed the adventurous cinema under the starry sky.

On both days, more than 50 citizens participated and enjoyed an outdoor screening to enjoy movies in a new normal. In the survey, we received feedback that watching a movie while sitting on a lawn in a courtyard surrounded by nature was like a “Natural 4D film*“.

Thank you all for coming and we look forward to seeing you at the next event!

We will keep updating the event information on our official website and social media.

*4D film is a usually hypothetical marketing term for an entertainment presentation system combining a 3D film with physical effects that occur in the theatre in synchronization with the film.