【Yamagata Creative Cities International Conference 2018】will be held on 28 September 2018! 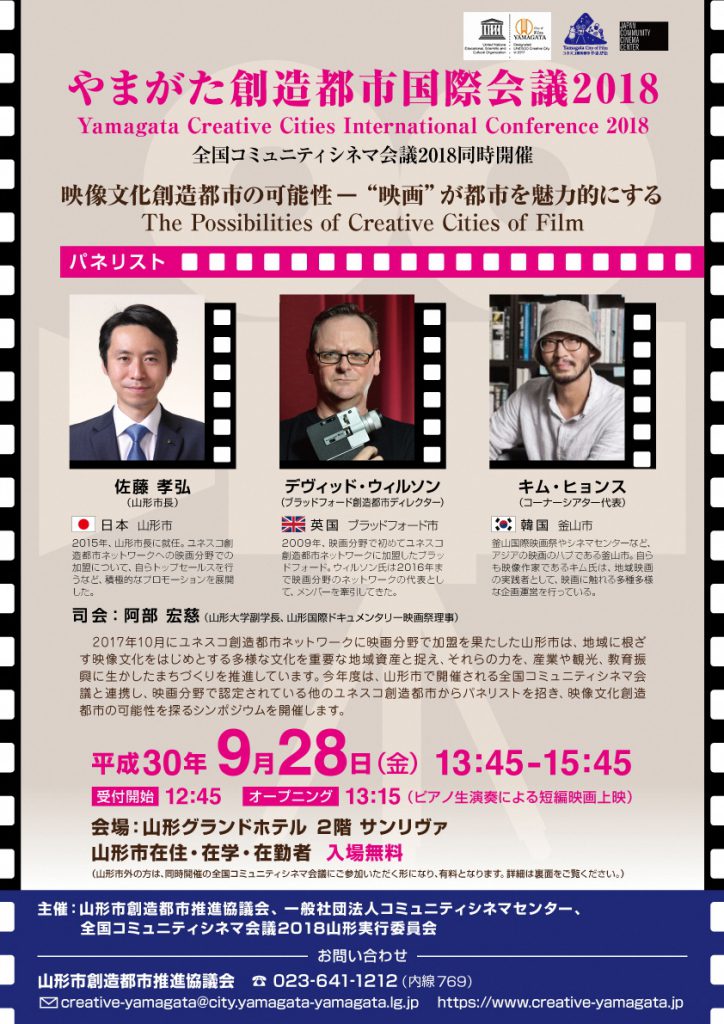 Opening screening with piano starts at 13:15

Yamagata citizens and those who goes to schools or companies in Yamagata City are admitted FREE.