First, started from 13:00, Mr. HAYAMA Shigeru, who presented about “Creative Coexistence of Communities and Tourists – Enhancing Regional Resources” in the symposium, he gave us the second lecture entitled “Storytellers from Kesennuma: place suffering from tsunami of Great Japan Earthquake”. He introduced some videos relevant to cultural prosperity rescue conducted by National Institute of Japanese History and analyzed the documentaries.

“Story begins with material culture. Those junks would not be forgotten because they were not only the components of people’s life but also the source of their memories. “

“Loss of places and components cause people’s loss of their future memories. I believe that videos may become the solutions.” 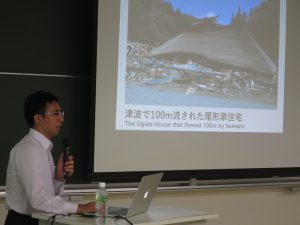 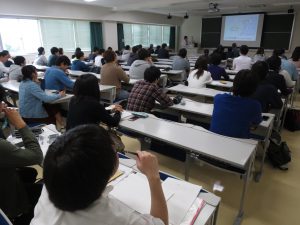 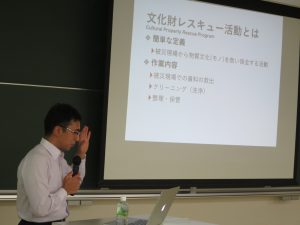 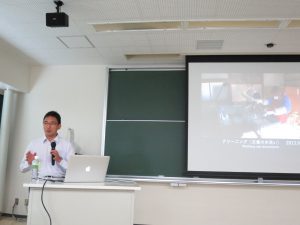 Started from 15：00, Mr. WATANABE Ryuichi, an executive director of the FIDIA Research Institute Cooperation and a representative director of Asia Media Promotion Inc., presented Session 2 “Urban Revitalization through film making”. He had served as an editor of for Japanese leading magazines like Jalan, a travel magazine, and Zexy, the most popular bridal magazine, and he was also a film tourism promoter in and out of the country. From his experiences, he introduced Akita and Okinawa’s cases of Creative Tourism by using film making.

“Through films, we can rediscover the regional resources and deliver strong messages. “

“Making and distributing films under the leadership of the locals.”

“Edit the regional materials, anticipate a target, and utilize the edited film contents.” 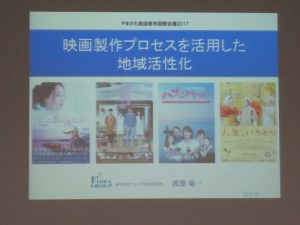 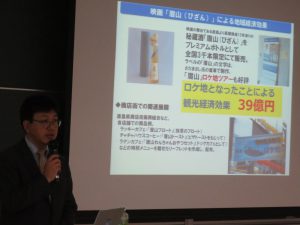 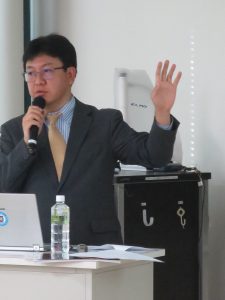 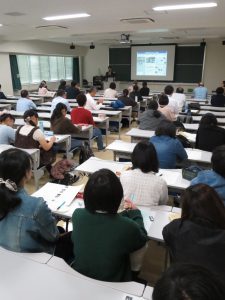