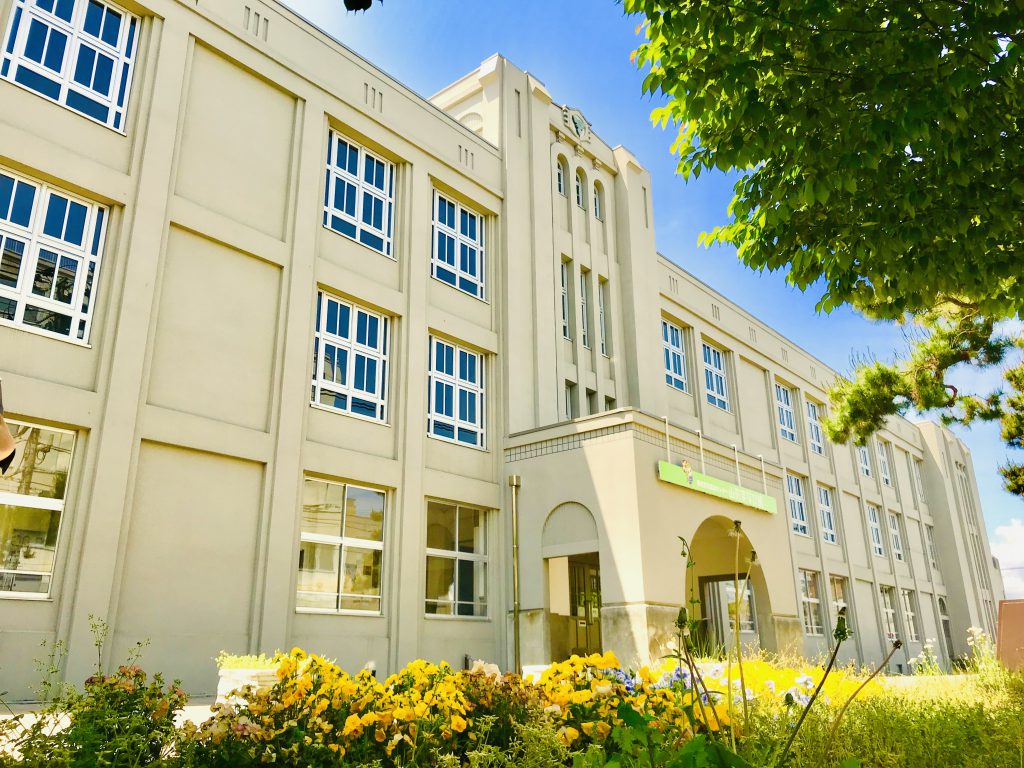 Yamagata Manabikan is the former Yamagata Municipal Daiichi Elementary School built in 1927 as the first school constructed with reinforced concrete. It has been designated as a registered tangible cultural property in 2001 and a heritage of Industrial Modernization in 2009.

After spending 80 years as an elementary school, it has changed the name to “Yamagata Manabikan”- a hub for “tourism,” “exchange,” and “learning, ” and been restoring community vitality.

Yamagata City has been a designated member of the UNESCO Creative Cities Network in the field of Film since 2017.

Taking the opportunity of the designation, Yamagata City will renovate the former Yamagata Municipal Daiichi Elementary School “Yamagata Manabikan” to create a hub for creativity, and the project named “Q1 project” is in progress.

By adding functions to support diverse cultural and artistic activities rooted in Yamagata and creative activities by a wide range of generations including students, to interact with companies, and to invite commercial tenants which deals in products related to culture and the arts, it will contribute to the promotion of Creative Cities while also revitalizing surrounding areas and central urban areas.